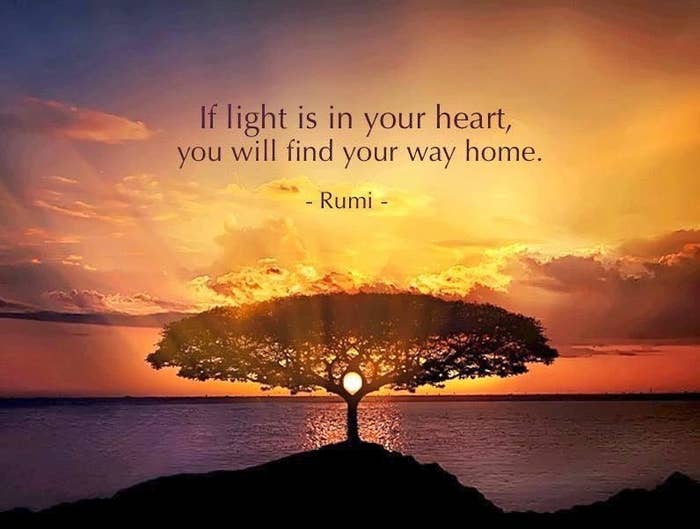 If you like your News Feed on Facebook to include a steady stream of sunset photos, Buddha memes, and inspirational quotes from the likes of Bob Marley and the Dalai Lama, you might be among the 2 million people who have followed a page called “Energy Therapy UK” since it was created in 2009.

It was set up by London-based yoga teachers Jaime and Jennifer Tanna, who say they seek to “educate the public about energy healing, personal growth and valid alternative approaches to health and wellbeing”.

But in recent weeks, it has sharply changed tack.

It now pumps out material about the coronavirus pandemic, which has been branded as a mix of conspiracy theories and debunked hoaxes by researchers, who last week described it as one of the world’s biggest “super-spreaders” of COVID-19 misinformation.

Many recent posts have been flagged as “false” by Facebook’s fact-checkers or removed by the platform altogether, leading to a backlash among some followers and the page admins claiming censorship.

According to NewsGuard, a website that gives “trust” ratings to news sites, this is an example of a wider trend — pages devoted to spirituality and alternative therapies are becoming a major source of misleading information relating to the pandemic.

The page’s gentle, uplifting posts about spirituality and nature often get shared hundreds or thousands of times on Facebook by people who may not be aware of the source but help Energy Therapy UK pile on new followers. 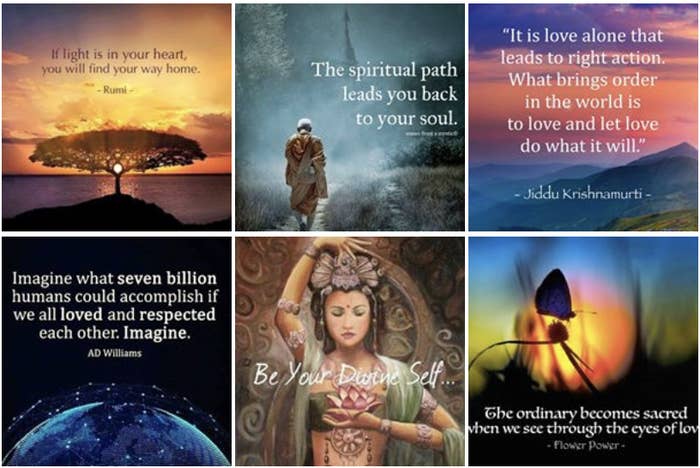 It’s not unusual for businesses to post things on Facebook that diverge from their core product in order to reach a bigger audience. But those who “liked” the page several years ago because they saw a spiritual meme won’t just be seeing adverts for tarot readings, but a steady stream of coronavirus-related stories Facebook classifies as misinformation.

One recent post suggested that there is a link between the virus and 5G mobile phone networks, a claim widely alleged to be without scientific evidence and debunked.

Others downplayed the severity of the virus or pushed conspiracy theories about totalitarian governments.

Page founders Jaime and Jennifer Tanna teach yoga and reiki, a Japanese form of alternative medicine. According to the website associated with the Facebook page they have been teaching outdoor yoga in Paphos in Greece but are planning to move to Bali. However Jaime Tanna’s LinkedIn page lists his location as London.

The website shares uplifting quotes as well as listing the online sessions for sale.

Until recently the Facebook page rarely featured the Tannas directly, but in recent weeks Mr Tanna has uploaded lengthy monologues about the coronavirus.

In one recent broadcast he appeared to deny the existence of the virus, saying “there are smart people in this world and if there was a virus, they would have isolated it by now, and they would have done other things, and they would be using a test that was much more accurate — this is all media hype and bullshit”.

This video had been shared over 30,000 times before being deleted when BuzzFeed News approached Facebook for a comment, along with another post saying that data shows the pandemic is “over”.

However other posts flagged by BuzzFeed News were not removed, including one which said the virus is being used as “bait to trick you” as part of a plan for “forced vaccinations”.

Another recent Energy Therapy post referenced “Agenda 2030”, linked to the “Agenda 21” conspiracy theory about a totalitarian world government seeking to kill most of the world’s population as part of a UN plot. As BuzzFeed News has previously reported, this has been given fresh life by the coronavirus pandemic.

This post was not deleted, nor was one which said “If you don’t get your 50 mandatory vaccines and do EXACTLY what your told, then you will be “cut off.” Corona Virus is being used as the bait to trick you. Make no mistake.”

An Energy Therapy post sharing an interview with David Icke was flagged as “false” by fact-checkers working with Facebook, but not removed. 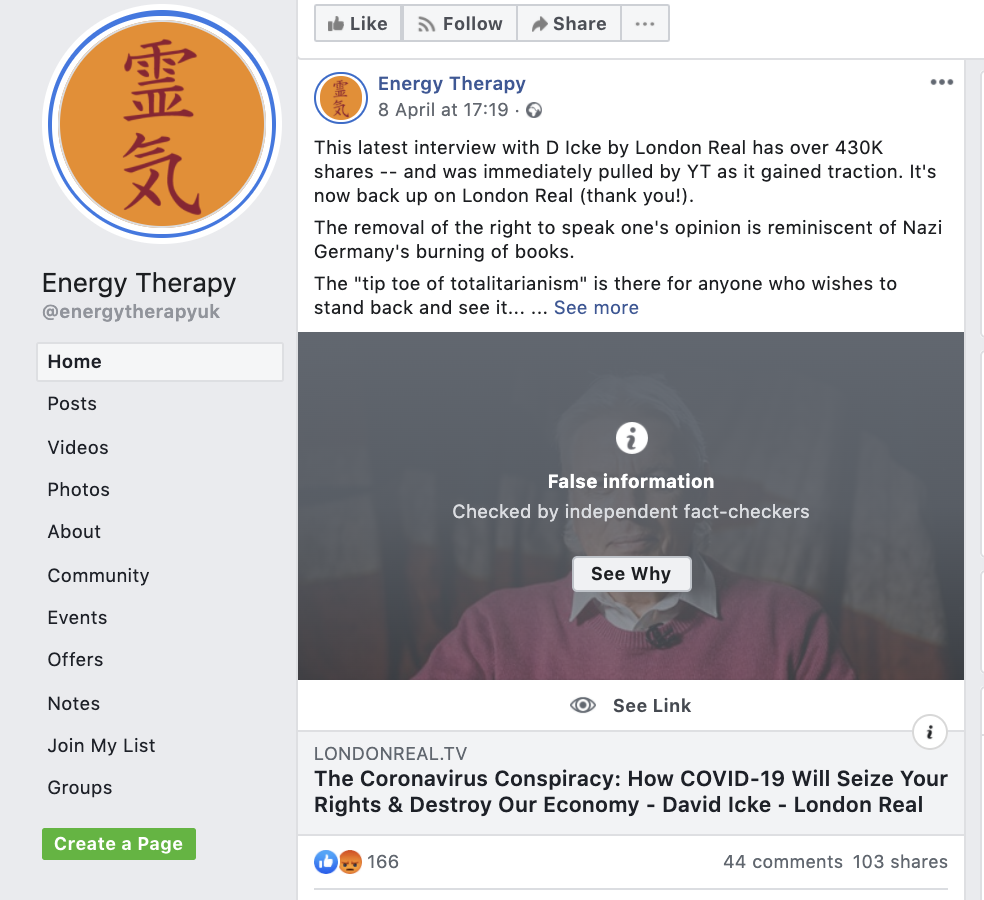 Facebook says it removes content “that could contribute to imminent harm” but more general conspiracy theories do not get removed.

The company believes it is better to leave these things up and label them “false” rather than remove everything, as then it would simply exist elsewhere on the internet.

A Facebook spokesperson said in March the platform removed “hundreds of thousands” of pieces of harmful misinformation and applied warning labels from independent fact-checkers to 40 million posts.

The pivot from Buddha memes to “misinformation” is not unique to Energy Therapy UK.

“Many websites and Facebook pages that were formerly centred around self-care or ‘alternative care’ have now become fully dedicated to spreading health-based disinformation,” William Dance, a PhD researcher in linguistics and disinformation at Lancaster University, told BuzzFeed News.

Other pages have also built up a huge audience posting inoffensive content then suddenly changed tack to more harmful content, he says.

“Facebook and other social media platforms must do more to identify and act against pages who shift their narrative towards disinformation over time.”

NewsGuard, a website which gives “trust ratings” to news sites, published a list of 15 Facebook pages around the world which are “super spreaders” of coronavirus misinformation this week.

As well as Energy Therapy UK, it named Health Impact News, which it described as: “a network of health sites that publishes false content… including a false claim that Vitamin C was an effective treatment for the coronavirus” and Tropical Traditions, a page that “publishes a mixture of lifestyle content, recipes, and health information from unreliable sources,” which made the same claim about Vitamin C.

Some followers of Energy Therapy UK are not happy with the recent pivot according to posts on the site’s Facebook page.

“The page should stick to the positive energy healing” one said. “There were so many political posts I finally quit scrolling through.”

“Lately it has been too political and divisive, therefore I am unfollowing” said another. “I try to fill my feed with positive energy.”

However other followers are strongly supportive of the Tannas and last week the page addressed the backlash directly, posting to say “we’ve lost some people and that’s fine. But the truth cannot be squashed.”

As Facebook clamps down more and more on Energy Therapy UK, the page has been decrying Facebook’s ‘censorship’ and directing users to its profile on an alternative social media app called MeWe which is less rigorously policed.

BuzzFeed News approached Energy Therapy UK for comment and received no reply. Tanna has accused Facebook of “actively censoring” content in response to posts being removed.

“We’re also distributing authoritative health information across our apps: so far we’ve directed over 2 billion people to resources from health authorities through our COVID-19 Information Center — with over 350 million people clicking through to learn more.”

Joey D'Urso is media and politics reporter at BuzzFeed News UK and is based in London.