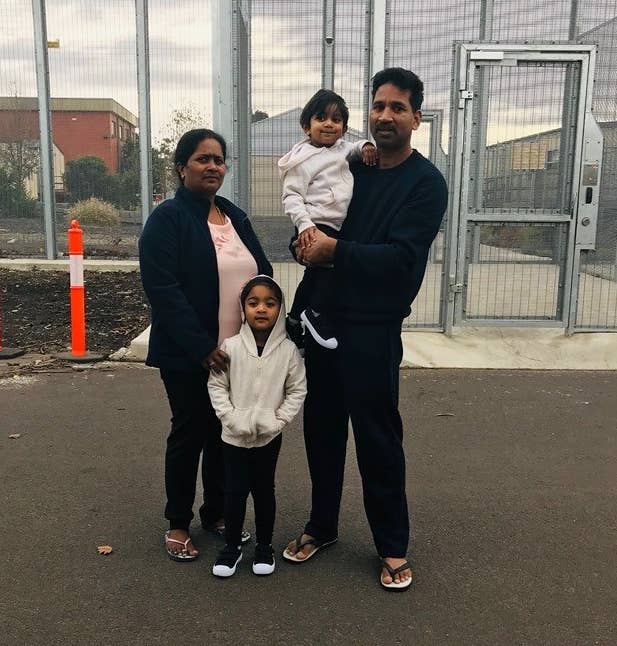 But the government did not reply to the letter, sent in September 2019 by human rights commissioner Edward Santow and national children’s commissioner Megan Mitchell.

The Sri Lankan family — mum and dad Priya and Nades, and daughters Tharunicaa and Kopika — have been held on Christmas Island for over seven months, after a last-minute injunction halted the government’s attempt to deport them.

They will learn this Friday if their legal fight to stay in Australia has succeeded, when a Federal Court judge rules on Tharunicaa’s protection claim.

“We request urgent action to protect the human rights of this family,” Santow and Mitchell wrote in the letter, obtained by BuzzFeed News through a freedom of information request.

The pair wrote that the Australian Human Rights Commission, an independent government agency, considers the government’s treatment of the family and in particular their detention does “not comply with Australia’s international human rights obligations to uphold the best interests of the child”.

“We are deeply concerned about the safety and well-being of four-year-old Kopika and two-year-old Tharunicaa, who were both born in Australia and have spent their formative years here,” they wrote, adding that children should not be held in prolonged, closed immigration detention.

The minister’s so-called “God powers” allow Coleman to issue a visa to anyone in detention if it is in the public interest. Santow and Mitchell said it was “necessary and appropriate” for him to intervene to ensure a “compassionate resolution” for the family.

Before being taken to Christmas Island, the family had spent a year and a half in a detention centre in Melbourne after their protection claims were rejected. In March 2018, they were seized in a dawn raid in the regional Queensland town of Biloela, where they had lived for years and where the two girls were born. Several members of the Biloela community, and others around Australia, have since campaigned for the family to return and live in the town.

The commission had raised concerns about the family and their ongoing immigration detention at a meeting with the home affairs department on June 21, 2019, the letter said.

The government has spent over $4 million so far in its attempt to deport the family.

Coleman has taken indefinite personal leave for the past four months, with Alan Tudge acting into the position. Tudge was recently criticised for keeping a man in detention despite a tribunal decision to grant him a visa, in a scathing judgement by the Federal Court.