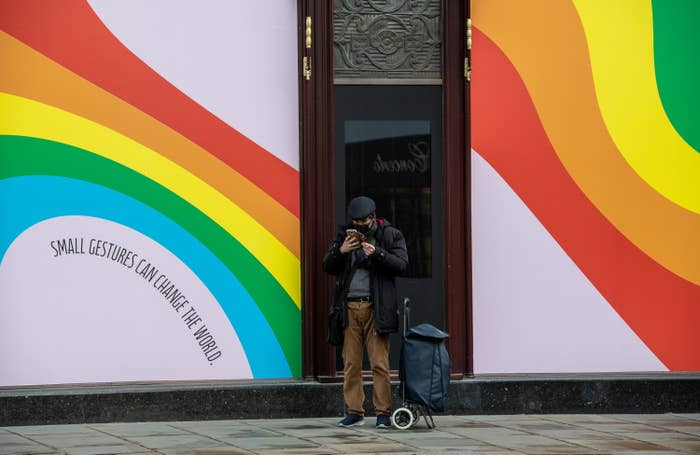 Ministers and government scientists are drawing up what they hope will be a “three stage” approach to easing the coronavirus lockdown restrictions in the UK in phases between May and July, sources with direct knowledge of the plan told BuzzFeed News.

The strategy will depend heavily on significant improvements in infection rate data over the next three weeks, Britain dramatically increasing its testing and contact tracing capacity, tens of millions of people downloading a new NHS app, the efficacy of antiviral drugs at reducing symptoms of COVID-19, and strict measures remaining in place for elderly and vulnerable people until a vaccine is found.

As ministers publicly remained tight-lipped about a so-called exit strategy for lockdown — and some in cabinet complained they were being kept out of the loop on Downing Street’s plans — BuzzFeed News can reveal:

This week, health secretary Matt Hancock and other senior ministers insisted that it was too early to talk about an exit strategy from the lockdown, partly because government aides think that doing so will discourage people from following the rules in the meantime.

The phrase “exit strategy” itself is also disliked by some Downing Street aides because it creates the impression we are close to a return to normality — when in reality some social distancing measures will have to stay in place indefinitely until a vaccine is found.

Privately, though, work on an exit plan is taking place at pace. There is increasing optimism in Whitehall that, although the UK death rate is still higher than those of many other countries across Europe, and the NHS faces continuing problems over the supply of protective equipment for frontline staff, the peak of the coronavirus crisis in this country will not be as devastating as feared by modellers a month ago.

Forecasts by government scientists had envisaged the NHS facing a monumental task to not breach capacity at the peak, with the possibility of the health service running out of intensive care beds and ventilators, leading to tens of thousands of extra deaths.

As Britain approaches the peak, ministers are now quietly confident that this disaster scenario will not happen. Part of the reason is that it is now believed fewer people have contracted the virus than the experts expected and that the nature of the virus itself is different from their initial understanding, with fewer patients requiring ventilation. 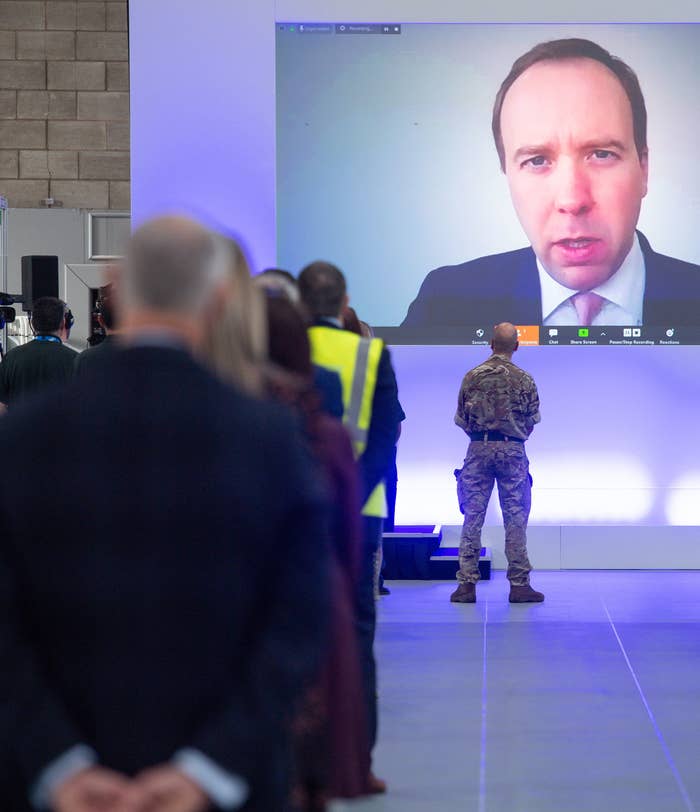 “The NHS has done it,” one minister told BuzzFeed News. “This has been an appalling few weeks, but we appear to have got through it without the worst happening.”

No exact plan to relax the lockdown has been finalised, government sources told BuzzFeed News, because it was too early to take decisions without knowing if the transmission rate of the virus, “the R number”, was coming down to a manageable level, and whether proposals to test and trace potential cases were viable. If either of these did not go to plan, restrictions would have to be extended again or reintroduced at a later date, they warned.

There are also a range of different options for how the UK could lift the restrictions, affecting different industries and age groups in different ways, based on as yet unavailable data. One source said the permutations at this stage were so varied and dependent on nonexistent data that they could not give a definitive picture of what life will look like in the months ahead.

However, ministers and government scientists are working on a broader three-stage strategy to ease some restrictions over the next three months, multiple sources familiar with the plan told BuzzFeed News.

The first stage, in what one minister said was a “best-case scenario”, would begin with schools and some businesses reopening in early to mid-May in order to get the economy moving again. Chancellor Rishi Sunak is determined to allow nonessential retail shops to reopen as soon as possible, as well as warehouses for businesses such as Next, which closed its operations last month.

The Treasury also wants to let as much of the manufacturing and construction industries get back to work as possible while encouraging proper hygiene and social distancing in the workplace.

People would be allowed out of their homes for nonessential shopping in this scenario, but most social distancing measures would remain in place. Some ministers are lobbying Downing Street to partially relax some other of the harshest rules in this first stage, such as those stopping people from sitting in parks or taking more than one form of exercise a day.

Commuters could be encouraged to wear masks on public transport if an ongoing review of scientific advice finds them to be effective at preventing the spread of the disease.

There are concerns in government that this is another area Britain has been slower to get on top of than other countries. The Department of Health told BuzzFeed News that no procurement of masks for the general public was yet taking place, and that it was still focusing on buying masks for NHS and care workers.

The second stage would see more businesses reopening and further social distancing measures lifted, and ministers hope this can start to take place by the end of May or beginning of June. This would mean most people returning to work and small gatherings being permitted. Later in the summer, the government hopes to be able to open pubs and restaurants.

SAGE scientists are also looking at lifting restrictions by age, raising the prospect that people under a certain age threshold could be able to go back to their offices sooner, organise social gatherings, or go to the pub — but those above the limit cannot.

Ministers and aides believe the development of new treatments for COVID-19 and the repurposing of existing antiviral drugs could have an important role in allowing the UK to move to stage two. Aides have been optimistically sharing news in their WhatsApp groups this week that a drug called remdesivir has shown signs of alleviating symptoms in patients in the US. There is now increasing optimism in Whitehall that by summer antiviral drugs could be used in Britain to give coronavirus patients a better chance of recovery and reduce death rates.

The third stage is the long-term final “exit” from the coronavirus crisis, when it is defeated once and for all and life returns to normal for the whole nation.

Government scientists have told ministers that there are only two routes to fully beating the virus: developing a vaccine, or the controversial “herd immunity” approach whereby a majority of the population get the disease, recover and can return to normal life.

Neither is a realistic prospect any time soon, with a vaccine thought to be a year to 18 months away — although scientists at the University of Oxford claim they could produce one by September — and doubts about how long immunity lasts. Until one of those two outcomes is achieved, the elderly and vulnerable must continue to be “shielded” with as many of the social distancing measures remaining in place as possible, a minister told BuzzFeed News.

Government figures are concerned that the public has not fully grasped the prospect of an effective indefinite lockdown for those over 70 and vulnerable groups. “‘You can’t see granny for 18 months’ is going to be an extremely unpopular and difficult policy to enforce,” the minister said. 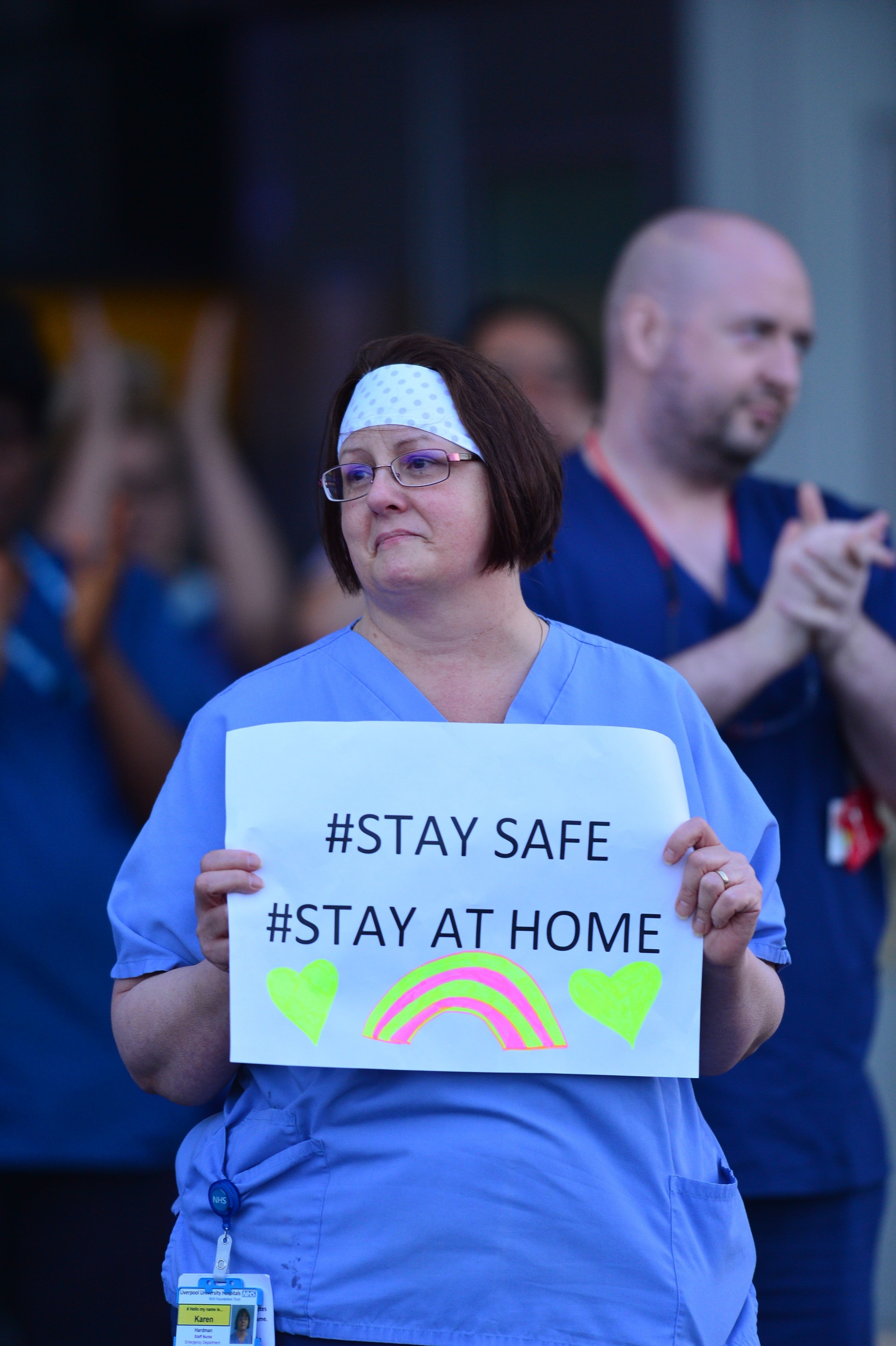 How and when the UK can move through the three exit stages depends on various factors, the most crucial being whether the government can successfully increase its (currently extremely limited) capacity to test for the virus and trace people who may have come into contact with it. Privately, some Whitehall colleagues expect Hancock to miss his target of 100,000 tests per day by “a week or two”.

Whitehall insiders point to several areas of concern. Hancock is prioritising an NHS app that would use Bluetooth technology to flag up on people’s phones if they have been in contact with someone with coronavirus symptoms and tell them to get tested. But government aides believe that in order for the app to be effective, it needs to be downloaded by 60% of the population, a task that some fear will be extremely difficult to pull off.

Officials are looking at how to enforce use of the app, potentially even requiring people by law to have it on their phones if they want any lifting of lockdown restrictions to apply to them.

There are also worries that the UK has again been too slow to hire an army of contact tracers that will be necessary to complement the app. This week, BuzzFeed News reported on concerns that the app will not work unless it is accompanied by mass testing and human-led contact tracing, areas where Britain is currently falling short.

The efficacy of test and trace as an exit strategy is also dependent on the rate of new COVID-19 infections, the government’s scientists have told ministers. Put simply, test and trace is not viable if more people are being infected each day than the health system has capacity to test and trace.

The government’s target of 100,000 tests per day means the rate of new infections would likely have to be in the low thousands for sufficient testing and tracing to be able to take place. On Friday, there were 5,559 confirmed new coronavirus cases in the UK, with many more likely getting the virus but untested. If the rate of new infections surpasses the capacity to test and trace, the government would be unable to lift lockdown restrictions for fear the virus would again become untestable, untraceable and uncontrollable.

The hardest decision for Downing Street is that it has to ultimately look at the data gathered by scientists on the rate of new infections, divide it by a hundred to come up with an estimate for likely new deaths, then take a political decision on whether that number is low enough for them to justify relaxing some of the lockdown measures.

For example, if there are 1,000 new infections taking place per day, at a mortality rate of around 1%, that is likely to mean around 10 new deaths from COVID-19 over the following two weeks.

Regardless of how well set up the UK is on testing and tracing, Number 10 will have to make a judgment call on whether keeping the British economy alive justifies lifting some restrictions and tolerating those deaths. This decision was described to BuzzFeed News by one minister as “impossible”.

Alex Wickham is a senior reporter with BuzzFeed News and is based in London.